I am now a Scottish dog.

The natives are friendly.  I live in a house.  There are no cars, but there are ships.

For some reason the Fat Dog on Wheels has come too.  Her smell is everywhere.  Simon Big Boss who spends a lot of time with Fat Dog lives here too.

We finished the week in Leamington with a glass of champagne!  I like champagne.  Do not mention this to my trainer.  It will be difficult to explain how the champagne got on to my tongue.  Lets just say, I have my ways.

For me, the high spot of my last few days in Leamington was my free run in the park.  Fat Dog on Wheels doesn’t go any faster when she’s off her lead, but I do.  I reckon I could melt tarmac if I put my mind to it.  I made a lovely new friend.  Small White Dog and I hit it off immediately.  I took him to meet Fat Dog on Wheels.  I happened to mention en route that if he was clever enough to put his front paws up on her footplate alongside mine, there was a good chance she would give him a biscuit too.  He didn’t need telling twice.  Fat Dog thought we both looked adorable and couldn’t resist us.

I met two pudgy labradors in need of exercise.  I liberated their ball and set off with it.  They didn’t seem bothered, but my trainer insisted the ball was returned.  Why?  I was making much better use of it.

The hardest part about leaving the guide dog centre was saying good bye to all my friends especially Beth.  She and I got on well.  She completely got me, you know the way some other dogs can.   She works in the office at guide dogs looking after where we go to board while we are waiting for our forever family.  I liked sitting with her during the day when she was working.  We liked chatting; putting the world to rights; you know the sort of thing.  She was great to play with too.  I miss her.

Fat Dog on Wheels has been working today at her computer.  It isn’t the same.  There aren’t as many people in and out of her office, like NONE and she doesn’t get loads of interesting dog visits from other trainee guide dogs.  I won’t say I’m disappointed but I’d say it’s pretty much down to me to liven things up around this place.  NOTHING HAPPENS.

Makes it an easy place to live though and Simon Big Boss and Fat Dog on Wheels are attentive but not in a cloying way.  They’ve got good toys and Fat Dog is quite strong when it comes to pulling.

The phone has just rung.  I’m bored already.  NOTHING HAPPENS.  That’s Big Boss’s car on the track.  What the…  There are large furry creatures in my seat!  Dear God they’re the size of horses.  What if it’s the Loch Ness Monster and it has three heads?  Well it’s not coming in here, not on my watch, that’s for sure! 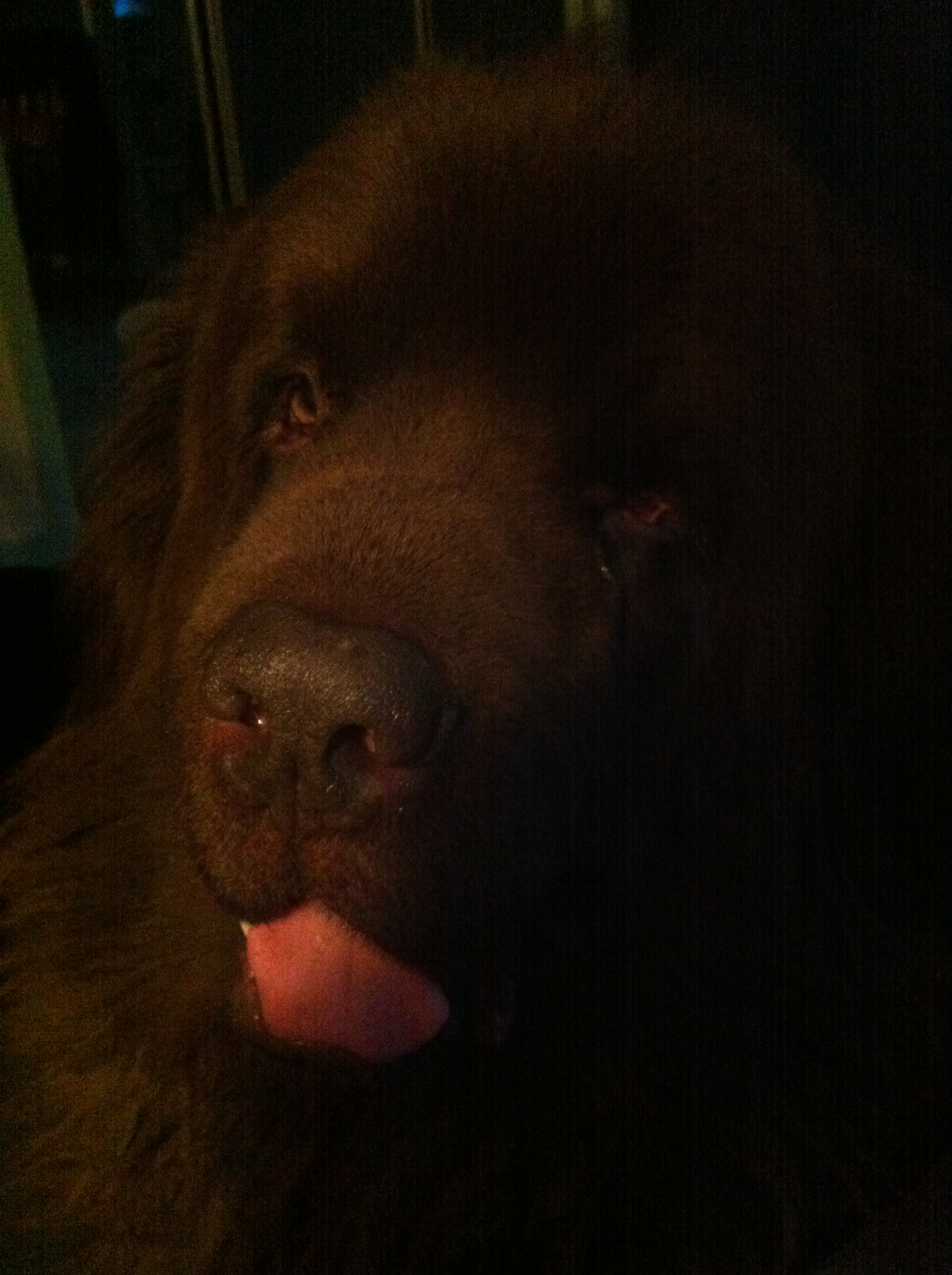