I was reading a quotation that a friend had posted on Facebook earlier.

I liked it because it sounds clever and spot on.  Then I thought about it.
Like most quotes, it’s misleading out of context, I’m sure.  I haven’t read the book, so I’m potentially on thin ice before. I start!  It’s a seductive idea.
In reality the only people who genuinely have choice are the haves of the world.  Those who live in the richest fifth of the globe.  Within these communities there are also many who have little.  Poverty results in choice being one of the first things to go.
The reality is that that the post-war dream of equality of opportunity in education, healthcare and social mobility has been dashed.  The number of those who have, materially done well at least, has increased, but with it a social myopia has been born.  As long as I can do what I want then all is right with the world.
It isn’t too greater choice that is at fault – that’s a middle class, affluent person’s luxury, it’s a lack of commitment to the health of society as a whole.
We’ve lost the knack of looking over our shoulder, seeing another in need; seeing it as a privilege to support and serve.
Perhaps the Welfare State has inadvertently given us the choice to walk away.  We assume that so much in life is someone else’s shout.
Are our lives richer for a little more narcissism and a little less self-sacrifice?
I wonder if we’ve become a tad commitment phobic.  So pre-occupied with the world we’ve created for ourselves that we’re reluctant to see our investment in what we want disturbed.  We think about preserving what we have rather than sharing who we are.
I’ve been reading a book about chimp behaviour in the wild by Jane Goodall.  (Her books are fascinating).  We share 95% if our DNA with chimps, so we have a lot in common.
With a few notable exceptions, the mavericks and innovator chimps, the majority are highly socialised and entwined in each other’s lives.  I wonder if this is what’s being eroded in our contemporary living?  Our perceived need for each other?
It isn’t that we all have too much choice but that we have lost that desire to make choices that uphold us all whatever the quirk of our birth or hand life has dealt us.  We have lost the capacity to spot what’s meaningful for us as a species. 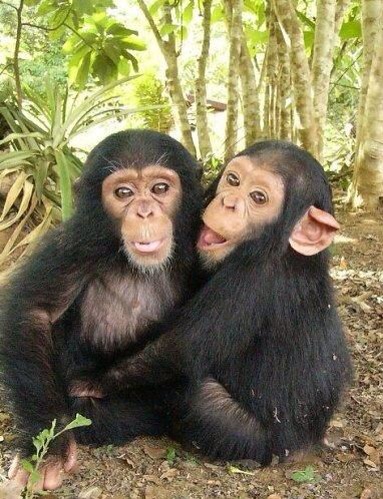