If you know anything about Nietzsche, you’d be forgiven for thinking I’ve lost the plot in putting this philosopher in the same sentence with disability.  He’s the guy who was into the idea that we could become ‘super human’.

Nietzsche began his academic work with a strong Christian faith and a well developed theological understanding.  His philosophical stance developed as he became increasingly inspired by the works of Strauss and Feuerbach. The writings of Schopenhauer were also a profound influence with their emphasis on religion as essential to human beings – a metaphysisches Bedurfnis – a metaphysical need.

Nietzsche shouldn’t be dismissed as a crackpot or as the person who fathered Eugenics.  He did neither, but these are enduring preconceptions.  He argued that religious people share three assumptions. Firstly, they tend to accept at some level a literal interpretation of their doctrines. For example, it isn’t uncommon to find Christians who believe in a virgin birth for Jesus and a bodily ascension, things that stretch modern credulity and have powerful echoes in popular myth and symbolism.  Secondly, they can be absolutist regarding the supremacy of their own faith, and lastly, they often adopt misguided ideas about the nature of the world because religion rests on authority and not reason.

From a disability theology perspective, I want to claim a degree of commonality with his observations.  I recognize western thought has been confined by a doctrinal emphasis at least up until the middle of the twentieth century, which has placed a very distinctive slant on what it is to be a productive, desirable human.

By the mid 1880’s Nietzsche was writing emphatically anti-Christian works. He made what he considered to be an important breakthrough when he characterized the development of western religious thought as essentially non-linear. New ideas were familiar ideas re-packaged. He argued that there had never been a serious attempt to radicalise or transform religious or philosophical understanding. Radical thought was enslaved by non-critical acceptance of Judaeo-Christian ideals.

As a disability theologian, he has my sympathy.  We are still reluctant to let an open, playful engagement occur across traditional boundaries where disciplines other than theology and philosophy interplay creatively with our lived experience of how we express things bigger or different from ourselves.

In Christianity, there has been too much reliance on everything having a systematised place.  To belong you need to believe this or that.  You are in or out of the circle of grace if you support this.  As we gather more information rather than experience more first hand, we are realising that Nietzsche had a point.  Philosophy/religion does have a montage, patchwork quality to it.  We weight our values according to our own or shared experience of the world.

You know this isn’t as dry as it may sound.  How we process what happens to us and to those we love, impacts on what we believe.  What we believe, matters. 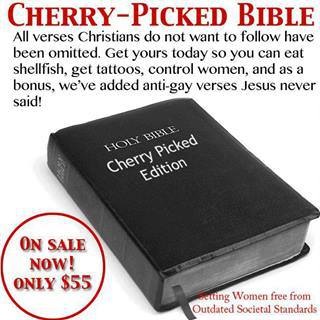