I love her.  I won’t use the past tense for anyone I love because to me the loss of physical presence doesn’t impact on their continued influence and my engagement with them.

I remember seeing her live in Cambridge.  Having the opportunity to meet her.  I was star struck.  She was self-deprecating and charming.  I was in the presence of greatness.  She was gracious with her time and energy.

Her work for me was a window into all our lives.  Some say she captured a Northern voice.  She did, in the gifted way Alan Bennett has done too, but it was more complex than that.  She used humour to shine a light on the truth of our humblest and most mundane moments, whether with Let’s Do It or the poignant Pat and Margaret.

Then without a shadow of ridicule, she could take a character like Mrs Overall and collaborate with Julie Walters to create comic genius.

Victoria was taken from us too soon.  I wanted to grow old and mischievous with her as a role model.  Like so many, listening to postings of her work on Facebook, I can’t really believe she’s moved on.

I respect her right to privacy in her final illness absolutely, but I would have loved her to know she was a profound influence.  She taught me a lot about character and timing, and I loved the fact that she wasn’t gregarious or overly confident but diffident and even sometimes a bit edgy.

She has left us with an impossible act to follow.  The best we can do is celebrate the extraordinary way she empowered women’s comedy and gave a voice to us all that was gently mocking perhaps, but determinedly celebratory of the best of what it is to be human. 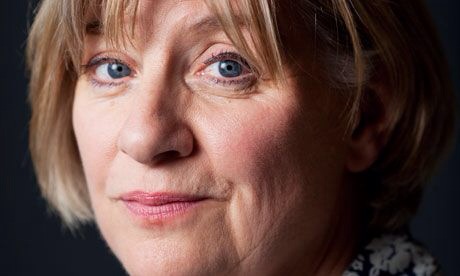